In May 1940, the evacuation of Dunkirk rescued over 300,000 troops in an operation that has become legendary. Less well known is Operation 'Ariel', which took place just a couple of weeks later.

As German forces advanced relentlessly through northern France into Normandy and Brittany, hundreds of thousands of Allied troops were trapped with their backs to the sea. The British Admiralty organised a rescue mission - often called 'Little Dunkirk' - to evacuate them from French ports, including St Malo, 50 miles south of Jersey. 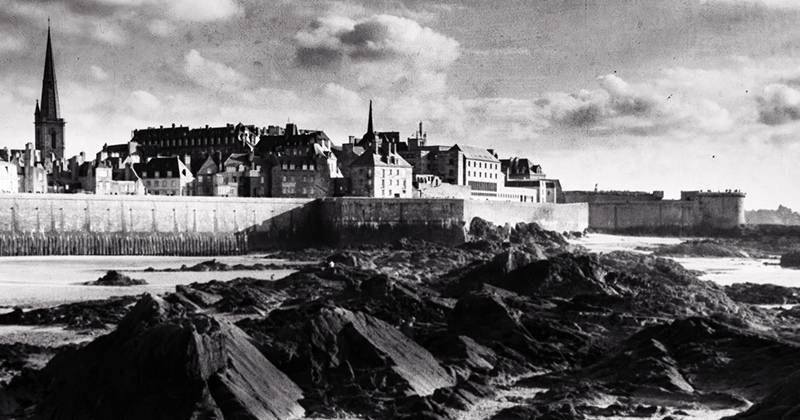 Dunkirk had shown that small boats would be an important part of the operation; they could pick up troops in shallow water, then take them to larger transport ships anchored in deeper water. So on the 16th June 1940 the Admiralty sent a Telegram to Jersey’s Lieutenant Governor requesting that “… Jersey send all available craft to St Malo to help the evacuation of British troops from there…” 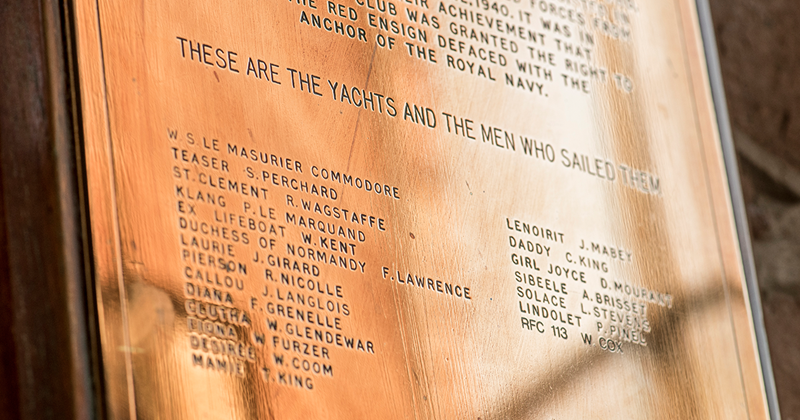 Above: List of yachts and the man who sailed from Jersey to St Malo in 1940

The request was passed to the Commodore of the St Helier Yacht Club. Suitable boats were hastily chosen and prepared, and volunteer skippers and crews were assembled. Many men of military age had left Jersey to join the war effort, so many of the crews consisted of older men accompanied by teenagers. Some had never even been on a boat before. None of them knew what would be waiting for them in St Malo.

There were 20 boats in total, all constructed of wood, ranging from a 50ft fast rescue launch to small open fishing boats. All lighthouses and navigational aids in the Channel Islands had been switched off, virtually none of the boats carried radios and Jersey’s huge tidal swings, strong currents and rocky reefs made for a treacherous crossing.

Once in St Malo the Jersey boats immediately set to work, ferrying troops from the port to ships moored in deeper water. By this time the Germans were in Rennes, just 50 miles away, and advancing.

Stranded with tonnes of explosives

With the evacuation in full swing, a British Navy destroyer called HMS Wild Swan arrived in St Malo. She contained 30 demolition specialists from the Royal Engineers and 8 tonnes of explosives! They were to demolish infrastructure in the port to cause maximum disruption to the approaching Germans. As soon as the shore party landed, the Wild Swan set sail for England, leaving the Engineers stranded.

The demolition team set charges to blow up fuel tanks and the lock-gates leading to the inner harbour. With the Germans now just 9 miles away, it was the Jersey boats that stayed on until the last minute and rescued the entire team. Had they been caught, as saboteurs they would probably have been shot.

The flotilla of rescue ships - cross-channel steamers, coasters, cargo vessels, and several potato boats diverted from St Helier - set sail for England loaded with refugees. The little boats returned to Jersey, with some taking nearly 20 hours to battle home through rough weather. In the end, all the Jersey vessels returned to the island safely, with no casualties.

Nearly two weeks later the Germans had occupied Jersey and the rest of the Channel Islands. That Occupation lasted for five years until the Liberation on 9th May 1945. 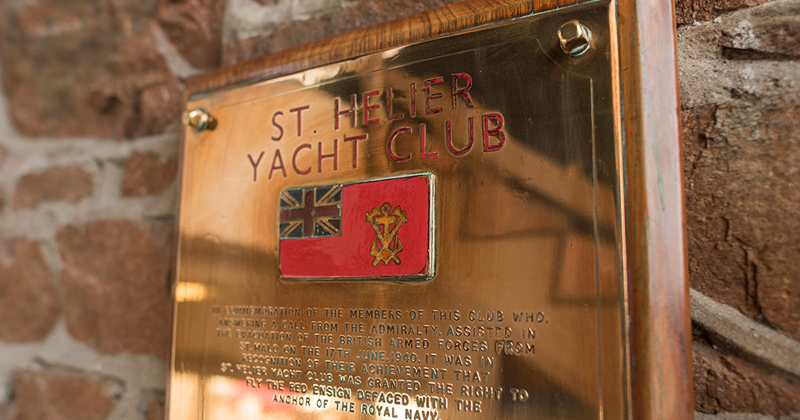 'Little Dunkirk' saw over 21,500 Allied troops evacuated from St Malo alone. News blackouts meant that few heard of this valiant action at the time. Some years after the war was over, the contribution of Jersey’s boats was officially recognised by the Admiralty, and members of St Helier Yacht Club were granted a unique award - a distinctive defaced red ensign that members have proudly flown ever since.

St Helier Yacht Club is the only yacht club in the world to have such an award as a battle honour. After the war, HRH Prince Philip paid a visit to the Club specifically to meet the people who had taken part in the evacuation.

Today there are no living members of the crews of the 'Jersey Little Ships', but a small brass plaque in the Club lists the names of the vessels that took part. Six of the original boats still exist, with three (soon to be four) in the Jersey Maritime Museum fleet. Every year in June an event is held to celebrate the heroic efforts of those who took part in 'Little Dunkirk'. 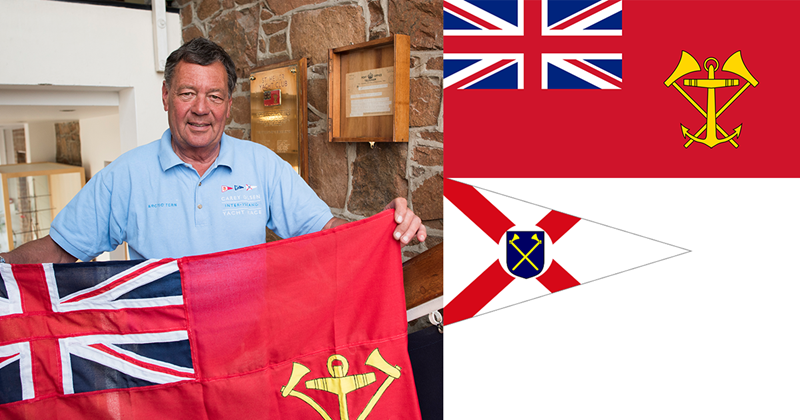 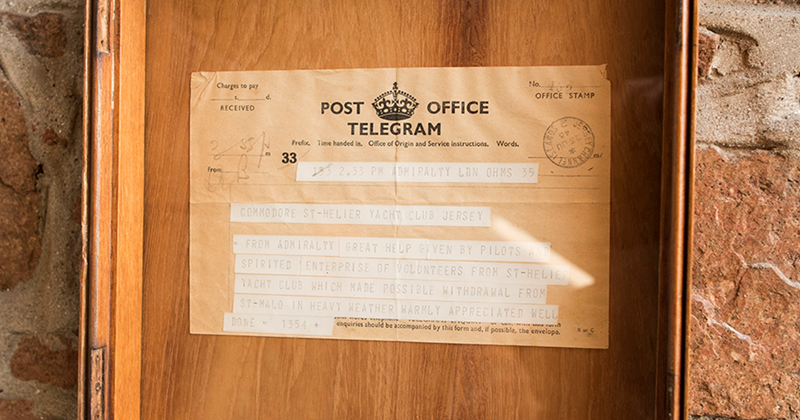 Above: Telegram from the Admiralty to the Yacht Club after the evacuation

Additional Credit: Thank you to Chris Parlett, David De Carteret and Chip Scott at St Helier Yacht Club for their help in producing this historical story.