Pigs were much in demand during the Occupation, but also difficult to conceal from the authorities. Nevertheless, stories abound of all sorts of tricks, from tucking a pig up in bed wearing Granny’s bonnet, to ‘recycling’ the same live pig to be counted twice so a missing pig was not noticed.

The missing pigs were eaten, of course, but first they had to be killed - something difficult to do quietly as pigs are inclined to squeal! 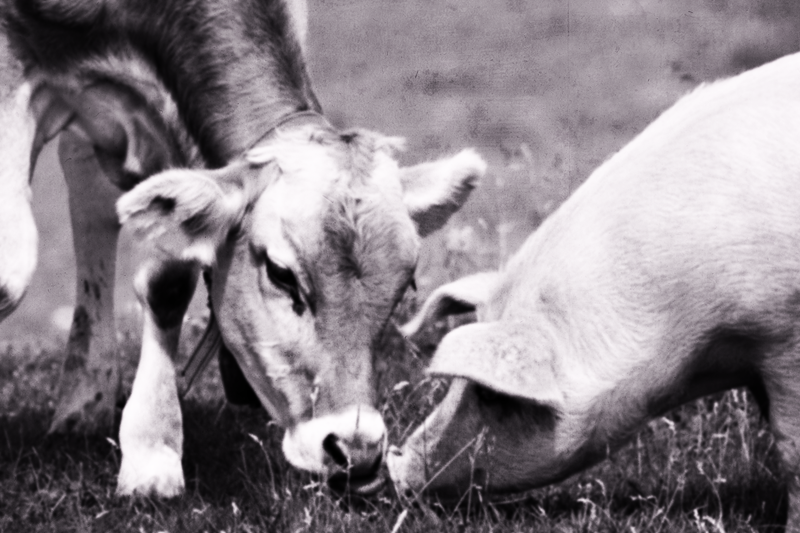 Skilled men who could dispatch an animal swiftly in silence would be sent for, and went about the countryside visiting farms to perform the deed in return for a share of the pork. On one occasion a local district nurse & midwife, who was permitted a meagre amount of petrol for her car for travelling to patients, was persuaded to convey a man to and from a slaughter - with a good story made up in case of questioning. Her reward was a joint of pork - but even 50 years later she was filled with guilt for having indulged in the Black Market!

It was difficult to secretly transport joints of pork, and also tricky to store meat or eat it all in a short space of time. One man - an undertaker - had the idea of putting a pig carcass in a coffin to transport it a few miles to another family by horse-drawn hearse, driving it in his full formal funeral clothing complete with top-hat. He had difficulty keeping a straight face when saluted on his way by two solemn members of the much feared German Field Police!