Lost In The Fog

Resilience and good humour in adversity was essential for islanders in Jersey during the Occupation. But it was also a trait that German soldiers shared, as this dramatic and entertaining story demonstrates. 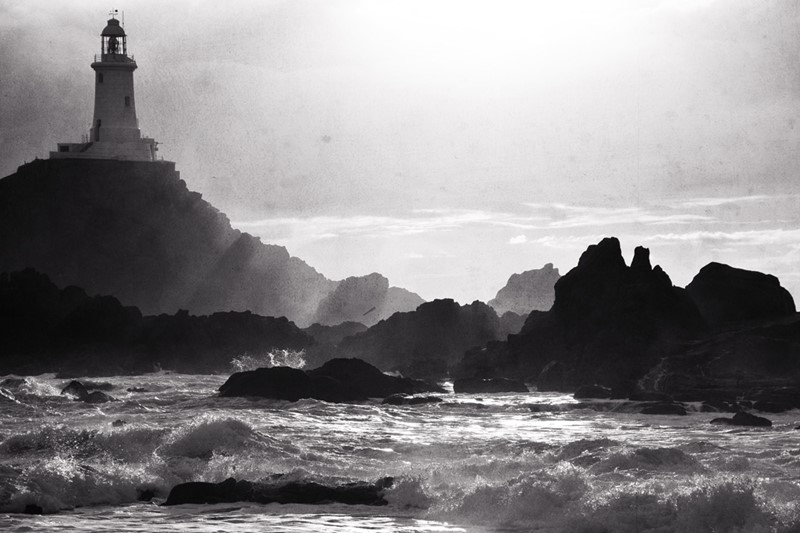 After a meeting in Guernsey, a German Officer, Baron von Aufsess, set off back to Jersey on a sunny afternoon. It was 21st December, 1944 - the shortest day of the year. But it would turn into a much longer journey than he imagined.

He wrote in his diary:

"The crossing, in our swift naval patrol boat in glorious weather, was at first a sheer delight. The sea was calm with only a slight swell. The sun, low in the sky, appeared like a golden ball and made a luminous path across the sea.

"As we approached Jersey, banks of dense fog suddenly rolled up. We soon lost all sense of direction and had to steer by compass. There were only three of us on board and we stood around the helmsman straining our eyes for the rocks which surround Corbière.

"Suddenly the lighthouse foghorn boomed out right before us. This was followed almost immediately by a terrifying crash. We had run onto rocks, our ship undamaged, but stuck absolutely fast.

"The rising tide swamped the boat and the heavy swell swept over it, so we were soaked to the skin, and had to climb out and take refuge on the highest point of the reef.

"In the dark, visibility was reduced to less than a yard. The tide at last began to turn, but it was only 7.00pm. We had to sit on that rock in our wringing wet clothes all night. Fortunately it was comparatively mild and windless. We passed the time in an exchange of grim jokes.

"When morning dawned, the fog had completely disappeared. Boats had already left St Helier to look for us, and we were soon picked up and returned to the harbour at St Helier."

Two of his colleagues were at the harbour to meet him.

"Then the funny side struck us and we all burst out laughing. In my borrowed sailor’s uniform, which was much too small for me, and a bit unsteady on my feet after all the schnapps I had taken to keep out the cold, I must have seemed a comic figure. In fact, I did not even get a cold in the head after my 14 hours soaking in sea water."