In 1940, news of the fall of France to German forces created a sudden crisis for Islanders. Should they stay? Or should they go? Many men of military age had already left, and most of those whose families were not in Jersey felt the need to return to England. Others also decided it would be advisable to leave.

Ann Bright (née Pearce) was only seven years old, but still remembers these stressful days for her family: "Queues for tickets stretched for long distances, and hurried arrangements for leaving were made. People contacted neighbours and relatives to let them know they were leaving, and had to deal with many things - from safe-keeping for valuables to finding somewhere for family pets."

The whole family had to rapidly prepare to walk away from house and home, leaving behind their happy life - and not imagining it would be for five long years.

"Choosing what to take was not easy, as only one suitcase each was allowed," says Ann. "We could only pack essential clothing, so my sister and I were dressed in extra layers of clothing, despite the warm weather. We were each allowed to choose just one book and one toy to take with us." 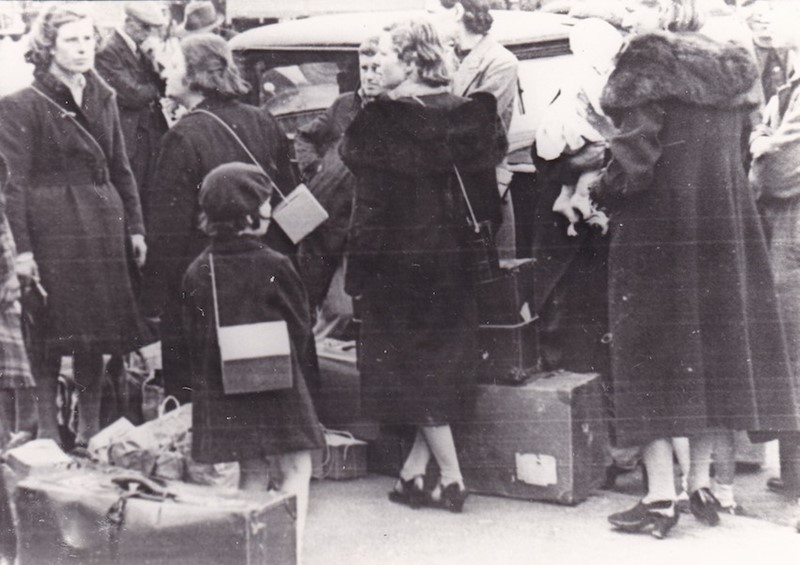 Once on board the ship, the family found themselves in the hold of a coal boat which had recently taken part in the evacuation of Dunkirk. It had been swept out, but the smell of coal remained. A picnic rug created a place for the family, and reassured the children. The long journey began.Fear of being attacked was paramount, but all was well. "I still remember the passengers singing 'Beautiful Jersey' as we sailed away," recalls Ann.

At Weymouth, arrivals had to be processed, and decisions made for onward travel. "I was proud to say I was British" was the claim of Ann's mother, as her family started their life as refugees. England was a place of relative safety.

However, living in unfamiliar towns, constantly moving, being billeted in requisitioned houses, and having to build a home with very few possessions was challenging. "Our father worked in an aircraft factory, and we lived close by, with bombs falling around us. It was a far cry from Jersey’s once peaceful shores" remembers Ann.