As any parent knows, fast-growing children go through clothes and shoes quickly.

During the Occupation in Jersey this posed a real problem, as both were in short supply and quickly rationed as shops sold out.

Shoes were a particular issue, as leather was nearly impossible to obtain. The Summerland Factory in Jersey employed 250 people to make and repair clothes and shoes. The shoes - known as Summerland Clogs - were made from shaped wooden or rubber soles, with knitted fabric 'uppers' nailed on. Although they were better than nothing, for lively children they were not ideal. The soles were inflexible, causing pain and injury to feet, while the lightweight material made them unsuitable for winter. 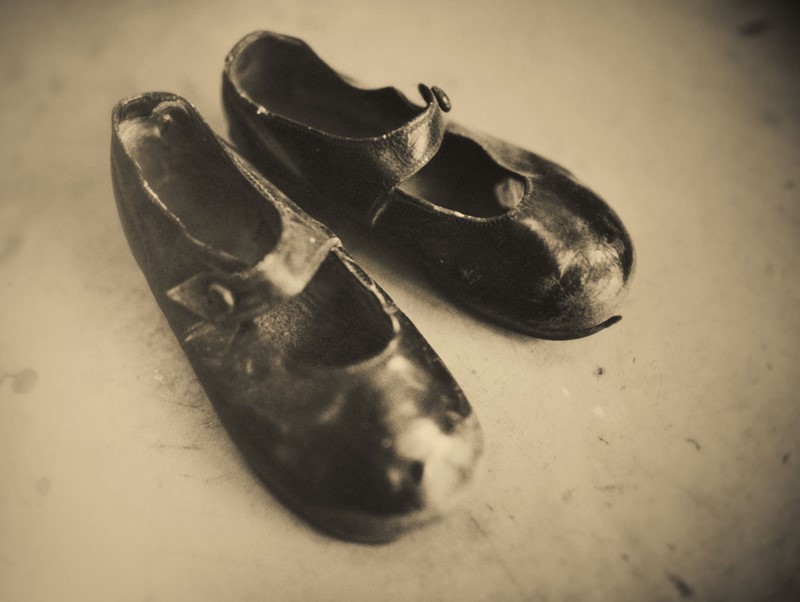 Unable to find a replacement, one mother insisted her growing schoolboy son wore his old shoes all winter, despite them cramping his toes. Years later as an adult, this man always had problems with his feet, which had been unable to develop properly.

Another story tells of a small boy playing barefoot outside his house, when a German soldier asked his mother why he wore no shoes. The mother explained that the little lad's shoes had worn out, and that replacements couldn't be found. This kind German asked her for any suitable material she had, and took away an old leather handbag. He returned days later, having cut and stitched the soft old leather to make a smart pair of little shoes for the toddler.