With a curfew in place and German soldiers patrolling the lanes, Jersey's countryside was especially dark and quiet at night during the Occupation. It wasn't the sort of place to be without permission. 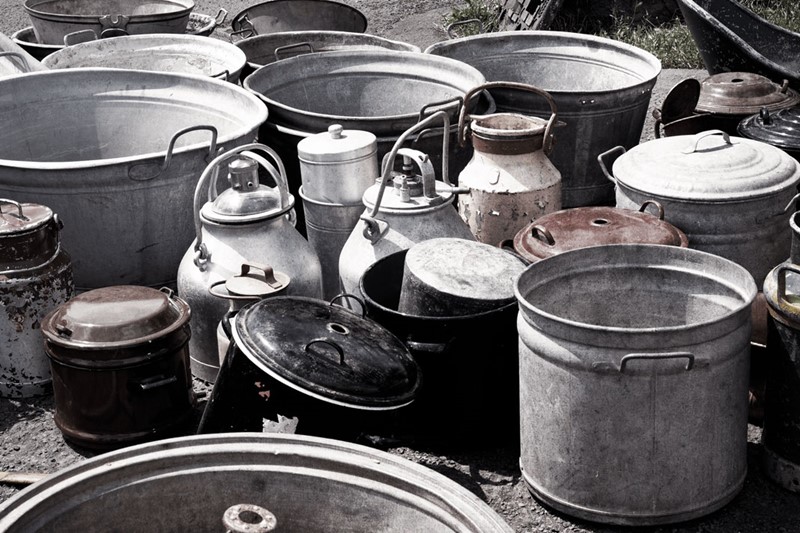 There were those who were prepared to take the risk, however. From 1941, the German forces brought thousands of forced foreign labourers to the Channel Islands. Of these, the Russians were treated worst; they had meagre rations, threadbare clothing and suffered considerable cruelty and deprivation at the hands of the Germans.

Starving Russian slaves often escaped and roamed the countryside at night, looking for food. Despite the risk of imprisonment, a large number of Jersey people helped Russian slave workers, sometimes with just a meal, but sometimes by taking them into their homes and providing clothes and a bed.

But these slave workers were desperate, and could be dangerous. The cruelty they suffered could easily drive them to steal, and it paid to keep rural properties secure and be aware.

One farmer was worried he was a target for would-be thieves. He set up a trip-wire across his yard, connected to a pile of empty boxes, barrels and tin cans in an outbuilding. Anyone prowling around the yard would trip the wire and set off the noisy makeshift alarm.

One evening, he thought he heard someone outside in the dark. He ventured out, perhaps armed with a stick … and stood very still and listened. All was quiet.

He crept along the stable wall, listening intently ... when suddenly, his foot caught on an unexpected obstacle. He stumbled - and the silence was broken by a thunderous clatter as his carefully constructed burglar alarm of piled-up boxes, barrels and cans came crashing down to the ground and rolled noisily across the yard!

He had triggered his own booby-trap - and awoken the whole neighbourhood! His neighbours must have wondered what on earth was going on outside in the dark - and we bet they all laughed when they found out!