A prison within a prison

During the German occupation, Jersey must have felt like one large prison to islanders. Leaving was forbidden, and the population had to obey a series of oppressive rules and edicts from the occupying forces.

Within this islandwide prison, Jersey's own prison remained in operation, and was busier than ever. At a time when right and wrong weren't always clear cut, and desperation drove people to extreme behaviour, many islanders were imprisoned, for a variety of reasons.

Jersey’s prison actually belonged to an earlier conflict. It had been built in 1811 to house prisoners at the time of the Napoleonic War, with thick, solid stone walls. By the 1940s it was old fashioned, with very basic facilities.

When the Germans arrived in Jersey they found the prison to be clean and well run, despite its age. They were surprised that there were no political prisoners, which following the rise of fascism in the 1930s was a common situation in Germany at the time.

One prisoner who came to the Germans' attention was the infamous Eddie Chapman. An Englishman, he was serving time for burglary in Jersey when the invasion occurred, and offered to work for the Germans as a spy in return for his freedom. He later became a British double agent with the code name ZigZag, and led an extremely eventful war, about which books have been written and a film has been made. 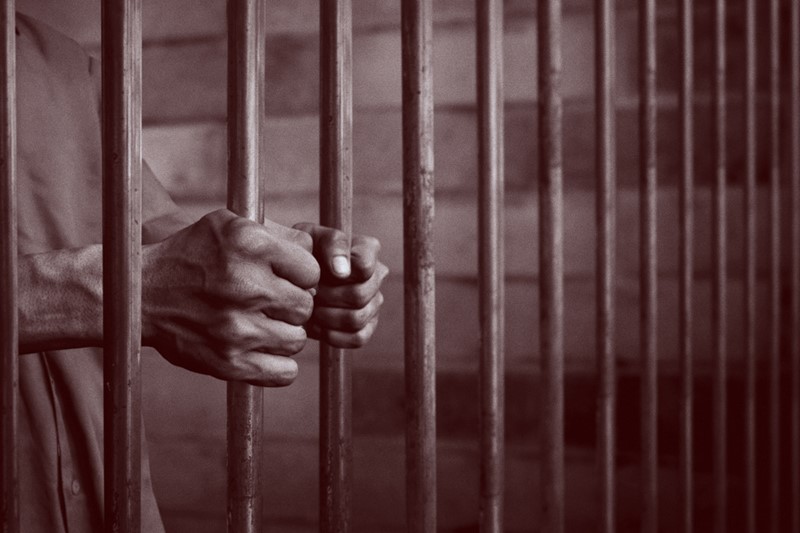 Under German rule, the cells soon became full and the prison overcrowded. Many locals found themselves sentenced for seemingly petty charges - being out after curfew, cycling two abreast, or drunkenness. One man was arrested and charged having made rude remarks about the behaviour of Germans, another for taking photographs without a permit. Even bumping shoulders with a passing soldier - accidentally or not - could result in incarceration!

Sentences for these minor 'crimes' were often short, with about three weeks a common 'stretch'. Longer sentences were reserved for more serious crimes, such as burglary.

Another famous prisoner was Lucy Schwob, better known as the renowned artist Claude Cahun. Along with Susanne Malherbe, the German Court sentenced her to death for inciting German troops to rebel. The Bailiff, Sir Alexander Countanche, intervened and wrote a letter appealing for leniency to the Kommandant. As a result the sentence was commuted, with both women serving a prison sentence instead.

Prisoners were put to work each day on a variety of tasks. One of the main jobs was chopping wood, which was much in demand due to a shortage of other fuels.

As food shortages became more acute, petty theft on the island was rife. Eventually so many people were imprisoned that extra accommodation was provided in huts. Despite the growing prison population, facilities for washing remained limited, and there were only four WCs.

Eventually the overcrowding became so bad that both the UK Ministry of Health and a former doctor at Strangeways Prison in Manchester were consulted. They suggested that some prisoners might choose when to serve their time, freeing farmers for the harvest, for instance.

As the years went by and war took its toll on the occupying forces, part of the prison's accommodation was used by the Germans for their own defaulters. Consequently some local people had to wait their turn as the prison was full!

Better in than out!

For the most part, inmates' health was well looked after, with the prison doctor visiting weekly. Despite the over-crowding, he found no serious illness or epidemics. Mrs Briard, the Governor’s wife, cooked for the local prisoners, and it was said that unlike much of the island's population, some of them actually put on weight during their captivity!