“The detail and atmosphere created here was excellent.”

You won’t believe this happened on British soil

Jersey War Tunnels are a product of five long years of occupation; they bore witness to the particular cruelty of the Nazi regime.

Dug deep into the hillside by forced and slave workers from nations across Europe, they now contain an underground collection of thought provoking exhibits that tell the fascinating story of Jersey’s occupation from resistance, through to starvation, then eventual liberation.

Dug deep into the hillside...

The imposing, cavernous entrance tunnel will take you deep into the hillside, into a network of extraordinary tunnels unlike anything you have seen before.

This vast network of underground tunnels was designed to allow the German occupying infantry to withstand Allied air raids and bombardment in the event of an invasion. In 1943, it was converted into an emergency hospital. 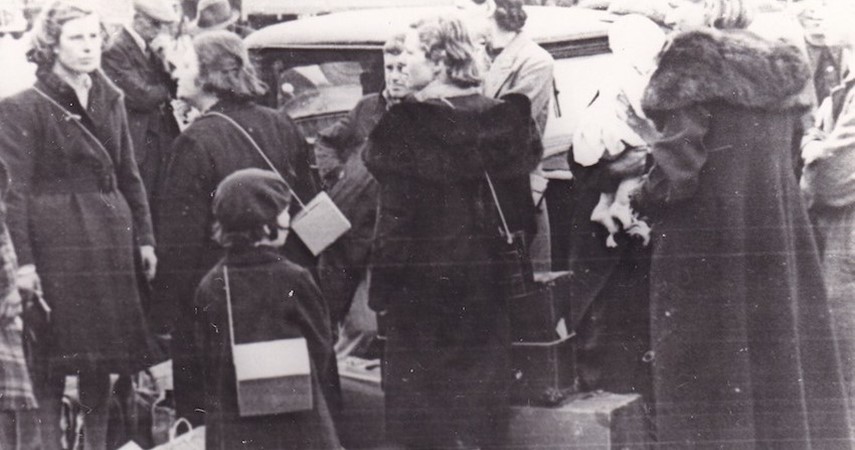 To Leave or to Stay?

As the UK announced that it would not defend the Channel Islands, residents were faced with an impossible choice - to stay and face the unknown enemy or to go, leaving behind families, friends and possessions. 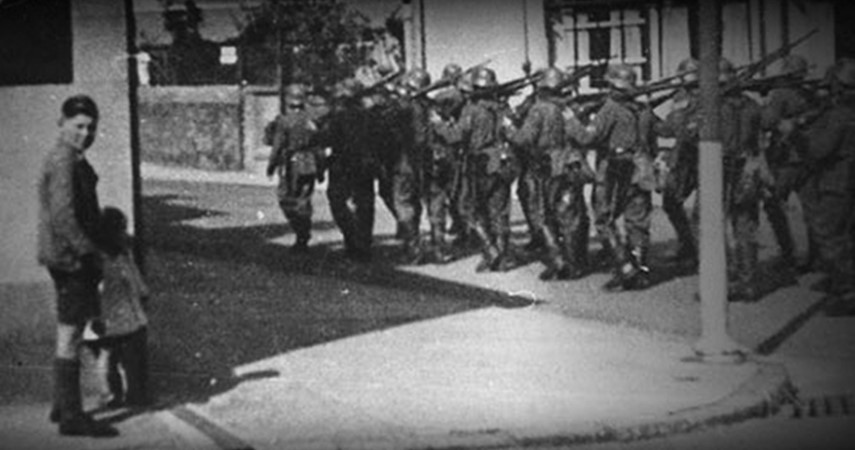 As German troops arrived in their thousands, Jersey was firmly under the jackboot. Discover those uncertain days as the occupied learned to live with their occupiers. 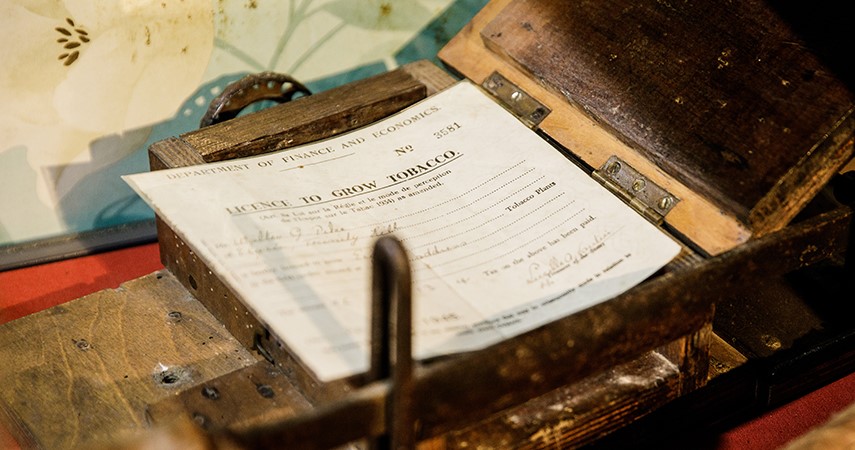 With little physical resistance to deal with, it wasn't long before the German command began interfering in daily life, its main weapon being a formidable bureaucracy, generating new laws and orders on a daily basis. 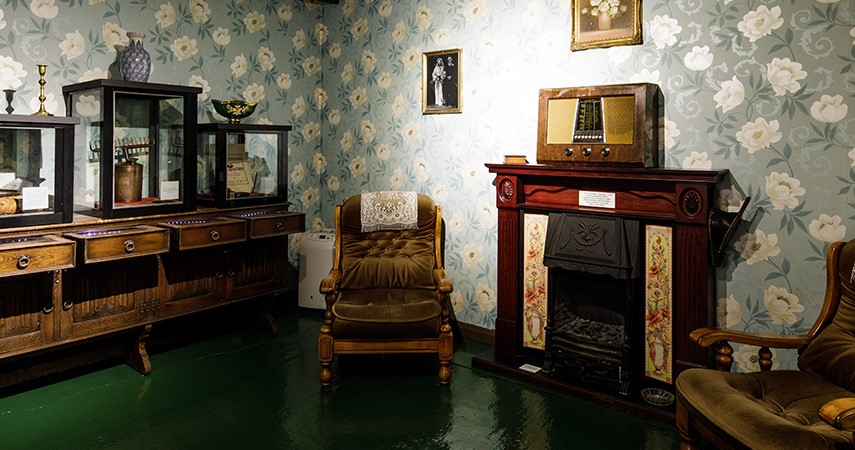 As restrictions and shortages increased, daily life for islanders became more difficult. This recreation of a Jersey home during the occupation gives an insight into the make do and mend mentality that kept residents going throughout these dark years. 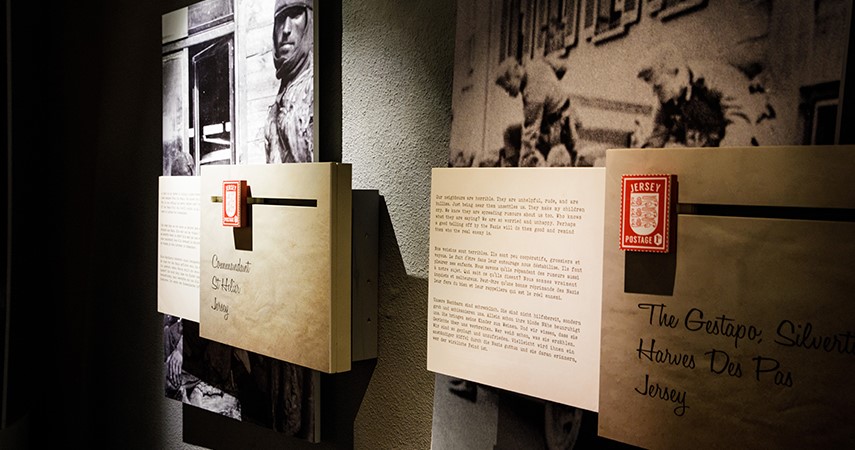 Under occupation, accepted realities change for good. In a small community where trust is everything, can neighbours and friends still be trusted?  Whispers and Lies gives you an idea of how things change when huge strains are placed on the bonds that hold people together. 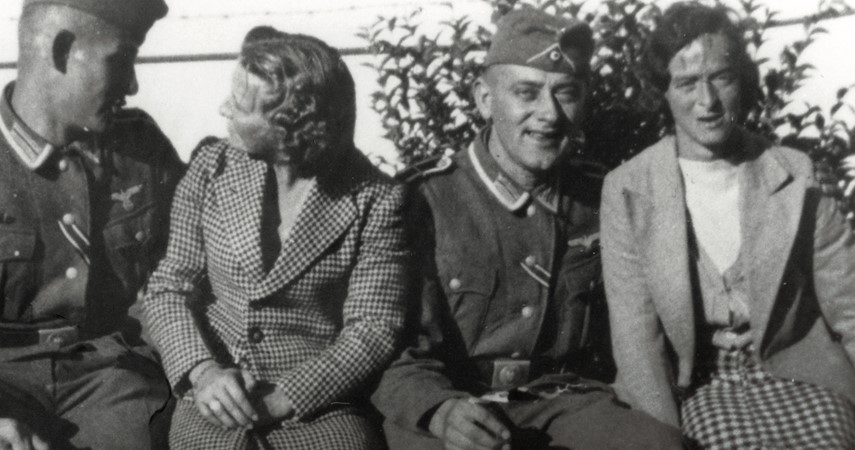 Nothing is as it seems and choices are hard to make. And how do you resist when you have no weapons? Examine the dilemmas faced by everyone during the occupation, from the UK government to the island's leaders and islanders in their daily lives. 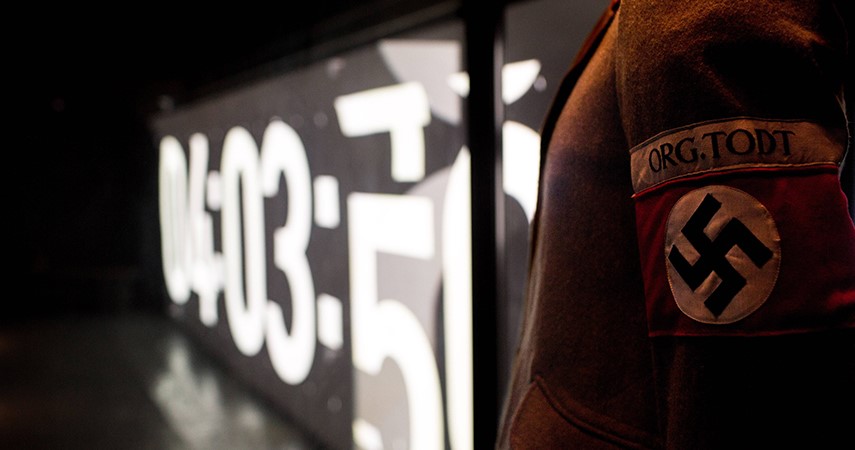 This impressive interactive exhibit will reveal more about this prolific engineering organisation, its methods and the people who, willingly or not, worked to build Hitler's Atlantic Wall and changed the face of Europe forever. 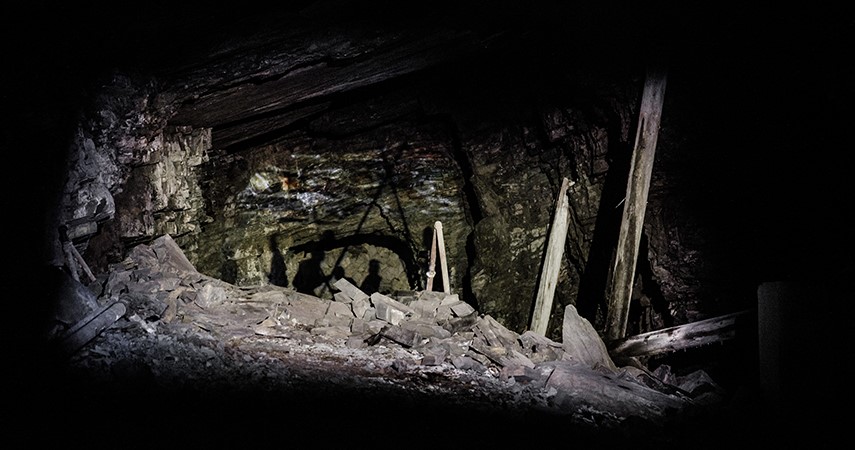 Men toiled with picks and shovels, loading rocks into trolleys and pushing them back up to the tunnel entrance. In the semi-dark and the damp, with the constant fear of rock falls, this back-breaking work went on in 12-hour shifts. You experience it all through an interactive audio-visual experience in the unfinished tunnel itself. 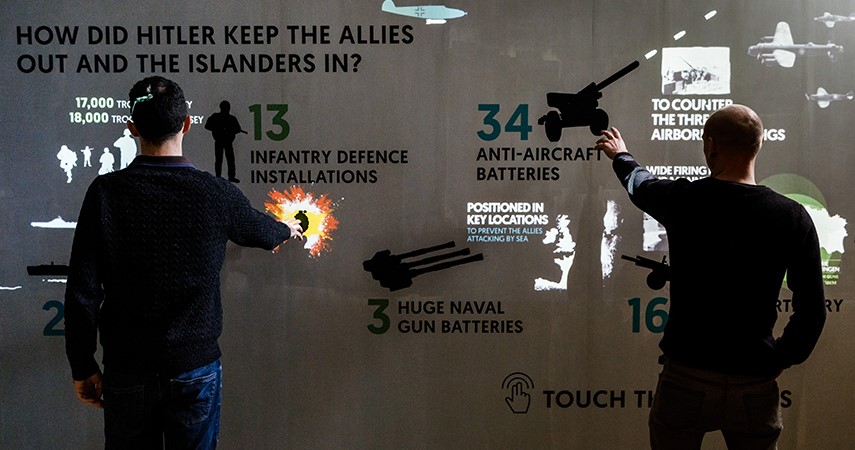 Far in excess of their military significance, the Channel Islands used up one twelfth of the reinforced concrete of the entire Atlantic wall. Had the Nazis deployed these resources more reasonably, they could have doubled the strength of the Atlantic wall and had a profound effect on the Allied advance. 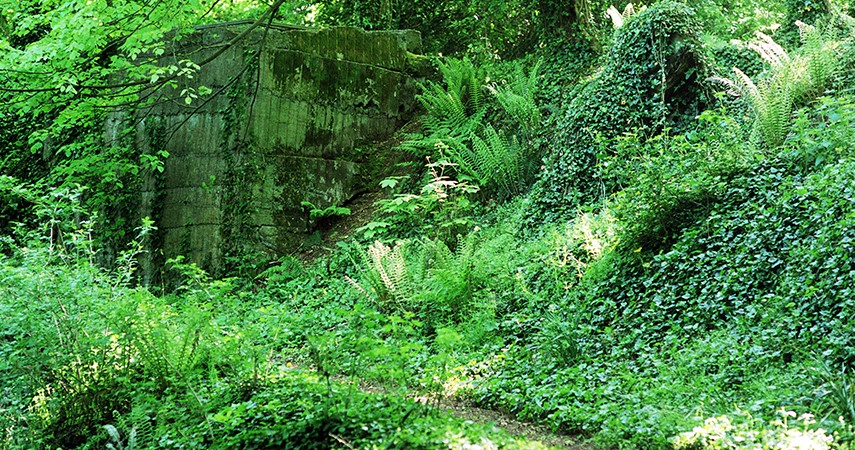 On the other side of the hill, the Cap Verde entrance helps you understand the sheer scale of the excavation. Adjacent to the entrance, pipework from the original air conditioning system shows how the occupying forces deployed the latest technologies. 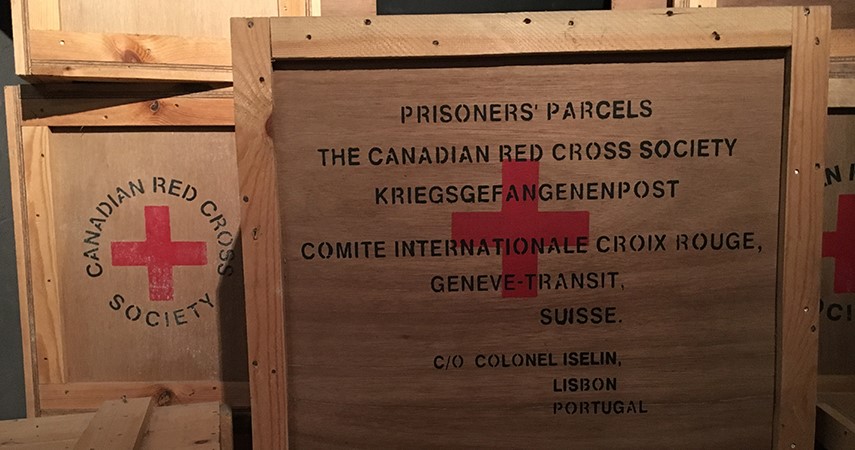 After D-Day, the Channel Islands were cut off from all supply routes through France. The last year of the occupation was characterised by hunger and desperation. 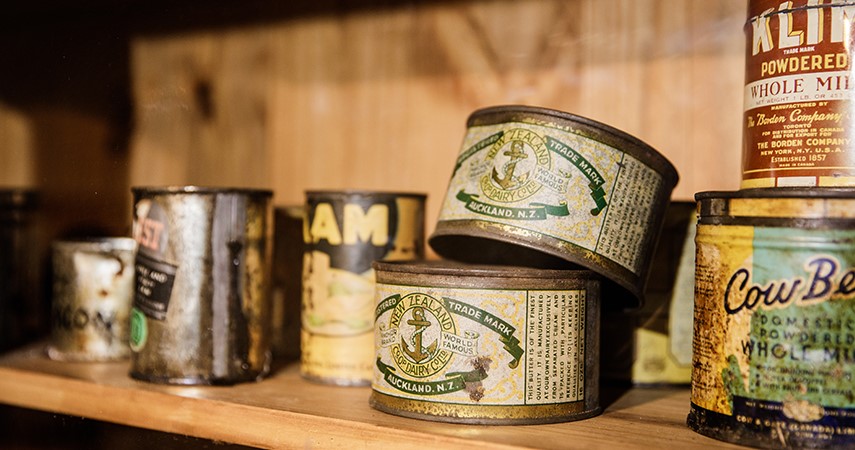 In the final months of occupation, Islanders became desperate. Food shortages were acute and with no knowledge of when the war would end, the Island entered its darkest times. 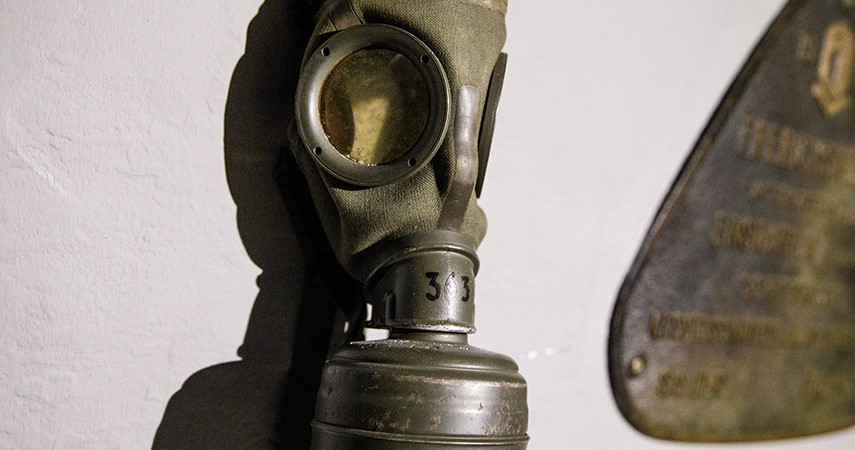 Step inside a replica air raid shelter to get a feel for the conditions, noises and bleakness of the situation faced during World War II. 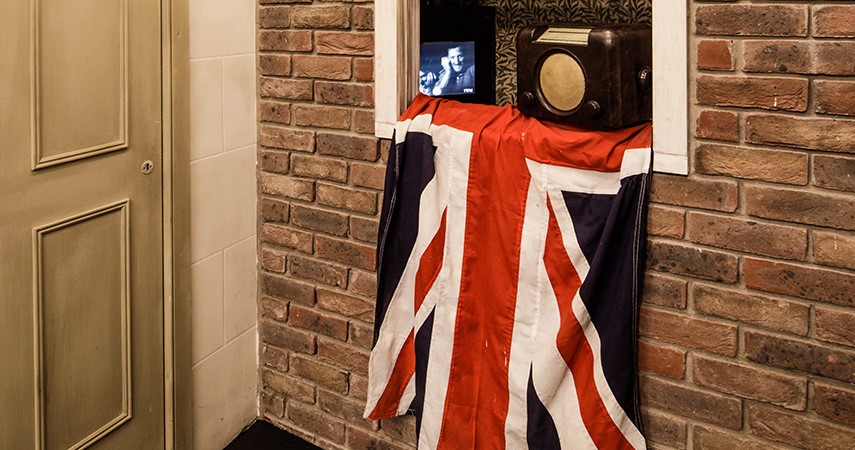 Discover the event that islanders will never forget: 9 May 1945. Finally, after five years of occupation, British forces arrived to free the Channel Islands. Scenes of happiness and relief characterised this most wonderful of days, which is still marked by a public holiday and celebrations today.